Neil Cohn has developed his concept of a visual language by applying psycholinguistic principles to the cognition of comics. His latest monograph, The Visual Language of Comics (2013), collects much of his comics-related scholarship from the past decade. This book review details how Cohn seeks to establish parallels between how people comprehend sequential images and how they understand other modalities of communication.

Speaking during a roundtable discussion at the end of the 2014 International Graphic Novel and Comics Conference in London, cultural theorist Scott Bukatman suggested it was a cause for optimism that Scott McCloud hadn’t been mentioned at every turn during the event. No disrespect appeared to be intended, but Bukatman saw it as a welcome sign that the field of comics studies was finding new areas of expression and exploration.

Following a similar path, Neil Cohn, the author of The Visual Language of Comics, has described how he studied, and attempted to expand, McCloud’s concept of panel transitions (McCloud 1993) but began to feel that comics needed a more complex framework of definition (Cohn 2003). This led Cohn to apply aspects of linguistics to his research on sequential images (Cohn 2005), and this latest book collects much of his work from the past 10 years.

Although not as affably expressed as McCloud’s Understanding Comics (1993), Cohn declares in his introduction that he intends to avoid what he calls ‘academic-y gobbledygook’ (2013: xv). Published as part of the Bloomsbury Advances In Semiotics series, The Visual Language Of Comics does inevitably contain an array of linguistics terminology among the commentary and comic strip illustrations, but Cohn gives clear definitions that allow those without a linguistics background to grasp his theories. Indeed, an inadvertent effect of the book could be to provide an introduction to some theories and debates in the field of linguistics for the primarily comics-focussed student. 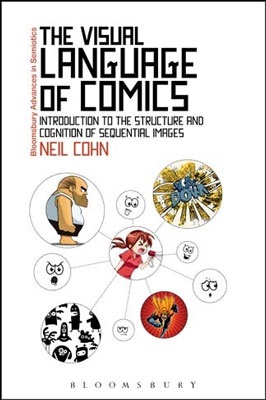 Cover of The Visual Language of Comics. 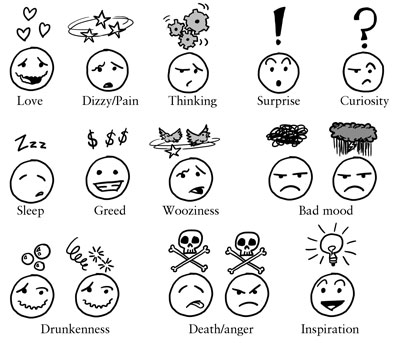 While identifying that renowned creators such as Jack Kirby and Osamu Tezuka have instinctively compared their comics work to a form of linguistic expression, Cohn insists that ‘Comics are not a language’ (2013: 2). In the book, this is printed in bold, italicised, with underscore – the abundance of typographic emphasis signalling just how key this statement is to the author and his approach. It also helps clear up any potential ambiguities surrounding the title of the book that, as Cohn explains, refers to the visual language that can be found in comics. He describes comics as a sociocultural expression of a visual language, just as a novel in English is a manifestation of that verbal language.

Clearly written with a measured flow, the book’s main text is split into two parts; the bulk of pages dedicated to the first section’s description and definition of the ‘structure of visual language’. These five chapters take the reader from identifying and naming some basic morphological elements of visual language, through to articulating narrative structure and proposing theories on how our brains might process it.

Cohn acknowledges that a key step in establishing his theory is to determine whether a system of shared patterned signs exists, although doubts have been raised over whether there is a genuine lexicon for this modality (Duncan and Smith 2009). No precise translation from the verbal to the graphic can be offered – as Cohn points out, individual panels in a comic cannot usually be said to represent a single word. However, he builds his argument around how visual elements could perform similar functions to units in verbal and signed languages, and how these are stored in memory. One simple but effective example is what Cohn describes as ‘upfixes’, which act in a similar way as suffixes for words. For instance, a light bulb above a head to signify a person having an idea is a widely recognised image, and one that Cohn proposes is part of the visual lexicon as it is a systematic construct subject to rules: the light bulb needs to be above the head for it to have the desired meaning; placing at the side does not have the same effect.

However, the purpose of this book isn’t to provide an exhaustive list of the uses of fight clouds, impact stars and other visual morphemes. Cohn’s main ambition is to address the cognition of sequential images using linguistics as a theoretical and methodological framework. Hence the book utilises tree diagrams, as used to identify the phrase structures within verbal sentences, to give plausible descriptions of the function of constituent panels in various strips. Landmark concepts and experiments in linguistics are recalled and replayed with comics, too. Noam Chomsky’s example of a meaningless sentence that obeys rules of grammar, ‘Colorless green ideas sleep furiously’ (Chomsky 1965), inspires the rearrangement of panels in a bid to create a similarly syntactically correct structure that has no coherent meaning. Other experiments emulate the Fodor and Bever (1965) psycholinguistic analysis of boundary perception when subject to disruption, in this instance using blank panels. Reaction times are measured and brain activity monitored, with Cohn using the results to make a compelling argument that readers use a system of ‘visual narrative grammar’ to comprehend sequential images.

The second section of the book sees Cohn applying some of his findings and principles to three manifestations of visual language from around the world: American, Japanese and Central Australian Visual Languages, with the latter demanding the most challenging deployment of Cohn’s theories. The American examples include superhero, cartoon and independent comic strips, and the Japanese visual language is represented by Manga – all widely recognised representations with some evident similarities. However, the sand drawings used by Aboriginal communities in Central Australia are an articulation of a very different visual language. Graphic representations drawn in sand to augment spoken conversation (Munn 1962), their real-time production and inherent impermanence give a distinct utility and efficiency to the signs used – a selection are reproduced in the book, providing stimulating visual variation. Although most of Cohn’s research has thus far involved comics in strip and book form, introducing the sand drawings allows him and the reader to start exploring the commonalities and contrasts of visual languages beyond more familiar instantiations.

Cohn might not have the persuasive charm of McCloud, nor are his theories as seductively straightforward as panel transitions and closure, but his work exhibits a dogged quest for rigour that gives this book an authoritative tone. Viewing his investigations as part of a ‘nascent field of visual language research’ (Cohn 2014) and distinct from the semiotic approach to comics of Groensteen (2007), the author readily admits there are many uncertainties to be resolved as he strives to reconcile the visual-graphic modality to other modes of human communication. Perhaps the biggest question the book asks is one that demands consideration by any current or future researcher: ‘why should the brain create several unique and diverse ways to handle different behaviours when it can efficiently make use of various general underlying structures’? Those with the desire to answer, either in corroboration or to the contrary, will find this book a thoughtful and useful companion to their studies. 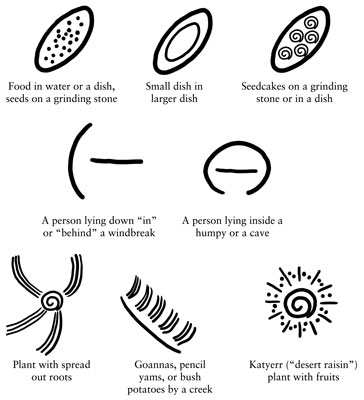 N Cohn, (2013).  The Visual Language of Comics. Introduction to the Structure and Cognition of Sequential Images. London: Bloomsbury.