This review situates the book Considering Watchmen: Poetics, Property, Politics (2014) in the current debates about characteristics and production contexts of comic books.

The difficulty of defining where comic books and graphic novels are situated in regards to other products seems to be based on their production and distribution forms, rather than their content. Comic books are considered similar to magazines and books because of the elements that make them widely available: paper and ink. In a sense, this materiality makes comics the same as books, and probably explain why most stores that sell some combination of paper and ink carry books, magazines and comics. Magazines, by having less pages, a lesser paper quality, and including more images have been segregated from the lengthier, words-only (or at least mostly word-based), and better paper and binding quality of books.

Since they have similar origins, similar forms of being produced, and similar materials (ink and paper, mainly), we continue to link them together, despite the fact that they are two different languages, one that is very static, mainly monochromatic print lettered paper and one that is visual, more profusely colored and often dynamic, in that it may appear as single issues, compilations, maintaining a character or characters by different authors in a way that novels seldom do. Comics differ from books in as many ways as they may be similar. 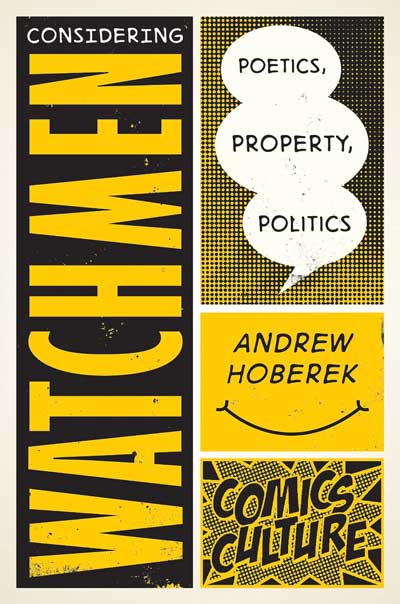 It was easier to study literature when the boundaries of the literary work were clearly homogenous with the distribution platform and with the medium in which it existed. Following McLuhan (2012), we can say that the advent of electronic media has implied a reconstruction of the myth of the written word, and at the same time, a reconstruction of our ways of imagining the world that surrounds us. Literature, thus, remains fully anchored in a pre-electronic media world, and seems somehow inadequate to address any other medium that transcends the expected limitation of the written word upon paper. In fact, when carried into electronic devices, such as E-Books, there is a change of platform without many changes in the actual structure or form. You change the window through which you read, but the pages are essentially identical to the ones on a paper book. When we already address hypertexts and other media, we seem to be moving away from the overall concept of a book.

Categories that are not inherently literary – narrative, character creation and development, context, – are not only present in books and comics, but also in serialized radio shows, open-air performances, film, video games and any other possible medium in which we decide to weave our stories. Nowadays, considering that our platforms of distribution enable a multiplicity of elements at once, including sound, images and written words, it seems even more difficult to define exactly what the media are, and becomes easier to define the languages or characteristics shared between the different products or texts. If we concentrate on language – in the structural sense of a grammar and syntax, the way elements or signs are aligned together to create meaning –, rather than platforms of delivery (e.g. physical or E-books, magazines, tablets, computers), it becomes easier to address our subject matter.

Focusing on the language of comics, rather than their materiality, is done in this book. When Hoberek studies Watchmen (Moore & Gibbons, 2014), he does not rest in the praise of the author or in the eternal debate between the prestige category of “Graphic novel” and the debased one of “Comic book”. He even sidesteps the debate of whether Watchmen is a work of literature, presenting a lengthy introduction where it describes some of the merits that would allow it to be considered as such, including the praise of the author, whilst also explaining why it would be a mistake to address it as one.

This movement away from the question of literature does not imply that Hoberek studies Watchmen as an authorless work, following the idea of the text beyond the author presented by Barthes (1977). Rather, it means that he concentrates on aspects of the work in the context of its production. Although Hoberek makes considerable reference to the authors, especially to Alan Moore’s comments and other works, he sets Watchmen against the literary world in which it was developed and from where it has expanded into different formats (i.e. serialized magazines to compiled volume to film). He concentrates on three aspects of the work, its aesthetics, its relationship to production and consumption practices, and the relationship of its content to the political situation. In all three cases, Hoberek sets Watchmen against similar developments in literary and comic works of the time.

Hoberek tries to get at the production of Watchmen from the cultural studies perspective presented by Stuart Hall. Let’s recap what Hall (2006) writes when referring to the circulation of meaning in the case of television.

Production, here, constructs the message. In one sense, then, the circuit begins here. Of course, the production process is not without its “discursive” aspect: it, too, is framed throughout by meanings and ideas: knowledge-in-use concerning the routines of production, historically defined technical skills, professional ideologies, institutional knowledge, definitions and assumptions, assumptions about the audience and so on frame the constitution of the programme through this production structure. (164)

That is to say, in order to understand Watchmen as a work of fiction – regardless of whether it may be deemed literature – it should be placed against the realities created by the form of production, in its physical and discursive aspects. Hoberek does precisely that. He analyses the realism and modernism of the work as at once similar and dissimilar from contemporary literature, in his first chapter.

The second chapter is even more interesting, at least from a cultural studies perspective, because it reflects upon the work as evidence of Moore’s contradictory relationship with the existing structures of production and distribution of works akin to Watchmen. The study links the text with the authors and with the corporate structure of the times, to go beyond hermeneutical reading in the search for meaning, and situating the production and development of Watchmen vis à vis the larger debate of corporate ownership of intellectual property rights. This chapter moves away from an appreciation of the stylistic qualities and merits of the work, something we have seen in other approaches to Watchmen (see Eguren Hernández, 2014, for instance), and engages with something less common in the study of comics: a debate over the product, the creators, and ownership. In doing so, Hoberek seems to present the underlying contradiction of between authors and product. Watchmen, as he clearly points out, “turns both to the modernist notion of the autonomous literary work and to a vision of comics as collaborative, serial medium for countermodels to the corporate world of the mainstream comics industry circa 1986” (117).

This leads into the third chapter on the more evident message within the content of Watchmen, that of politics – libertarian vs. authoritarian mainly. Here, as in the previous chapters, Hoberek places the political perspective and intentions, particularly those of Moore, against the political environment in which Watchmen unfolds as a story. Relating Watchmen’s political debate in the comic to the political situation of the mid- to late-eighties also falls within previously explored discussions of the text (see Hughes 2006; DuBose 2007) and although it brings interesting new insights, it revolves around an already existing discussion on the topic of the conservative politics of the eighties and their relationship to the authors’ own political stances.

Finally, in the coda, Hoberek presents an interesting case for the cultural relevance and impact of Watchmen. It is impossible to look at Watchmen without considering the products developed from or inspired by it. For example, in my case, I had barely come across the compiled book before I watched the film adaptation, and only after the film did I ever come to see the printed prequels. What Hoberek presents in this chapter, and what my brief experience illustrates, is that Watchmen is a dynamic product; dynamic in the sense that it is, at once, a series of booklets, a book, a movie, another series of booklets and, recently, a set of books about the artwork of the movie, about the movie, about the comic, and so forth.

Taking Watchmen as a dynamic product implies, undoubtedly, studying it beyond the breadth and scope of what the authors intended, or what they even manage to accomplish. Watchmen is a text with many readings (Eguren Hernández 2014), and it has inspired direct and indirect re-renderings of its value as a product, through prequels and academic debates, respectively. Considering Watchmen adds to the latter category, bringing more perspectives to the work and thus seeming to confirm both the value of the originally published series and its existence as a postmodern text with multiple readings. It could be, at once, an authored and authorless work.