Theorisations of comics and graphic narrative have tended to focus on readership rather than creation. Even McCloud’s seminal Understanding Comics (1993) focuses on interpretation, though the later Making Comics (2006) pays more attention to the work of the creator. McCloud incorporates into his theory five ‘choices of the comic creator’: choices of Moment, Frame, Image, Word and Flow.

However, these may not be the most salient choices for a creator to take; nor do they necessarily occur in that order. Using these alongside McCloud’s other notions (notably ‘transitions’) with a group of sixth form comics creators led me to reconsider approaches to comics creation, as well as reading, in my PhD research ‘Making Meanings with Comics: A Functional Approach to Graphic Narrative’. In this work, I take models of meaning-making from the functional linguistics of M.A.K. Halliday, and adapt that framework to specify how comics make meaning. As a linguistics-inspired approach, this takes seriously the production of meaning as well as the reception.

In this graphic article, I give a brief illustrated overview of this view of comics meaning making, and present a set of new ‘choices for the comics creator’ which arose from it. These new choices include: Choice of Character Design, Choice of ‘Verb Style’, Choice of Framing, Choice of Density, Choice of Metonymy. I offer a critique of McCloud’s choices, and account for the proposed alternatives, indicating the theory that led to them with illustrative examples, drawn in the main from my own comics created in that sixth form workshop alongside students. The article is drawn digitally and incorporates extracts of comics pages as well as diagrams to illustrate the approach to comics that informs the five ‘choices’ described. 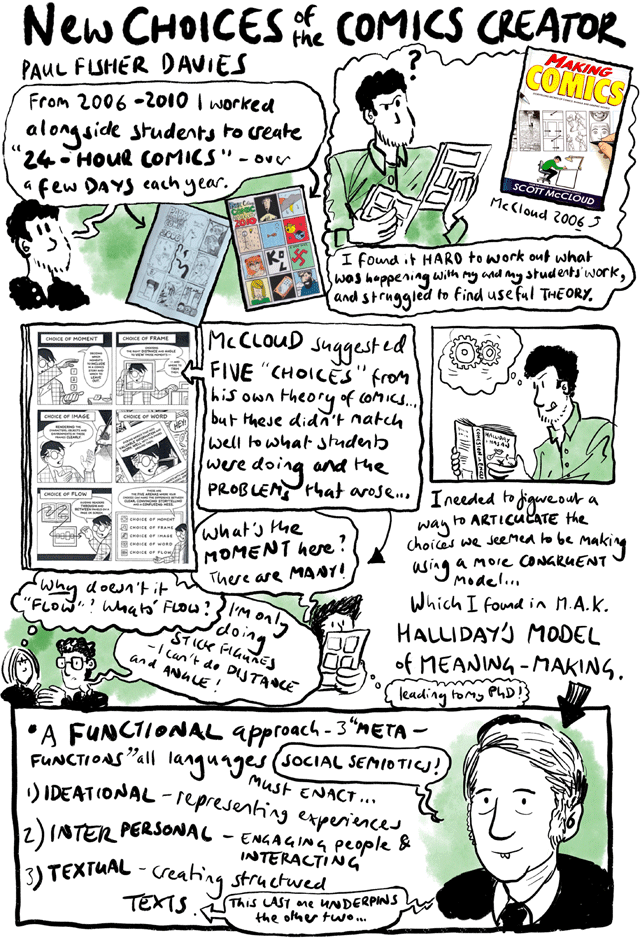 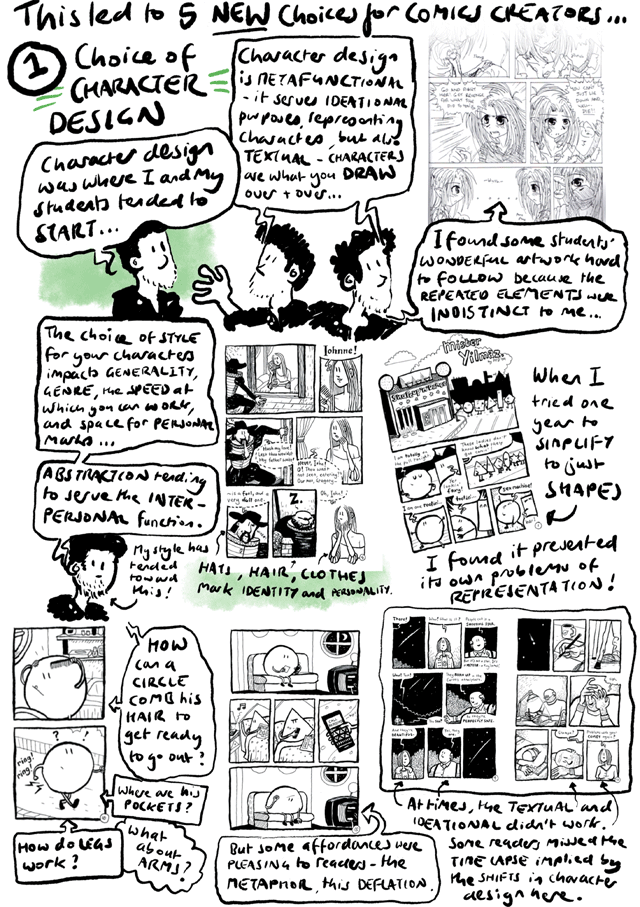 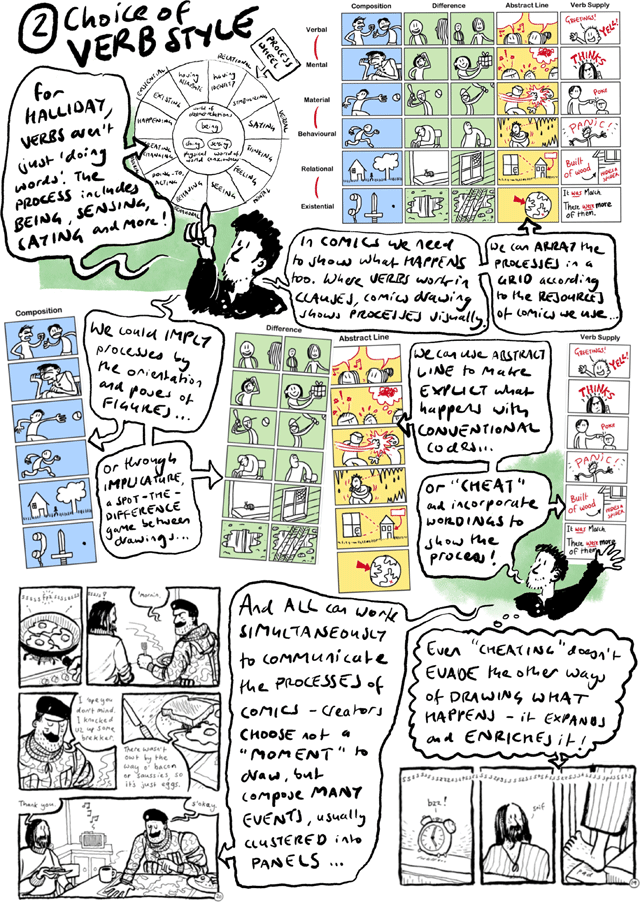 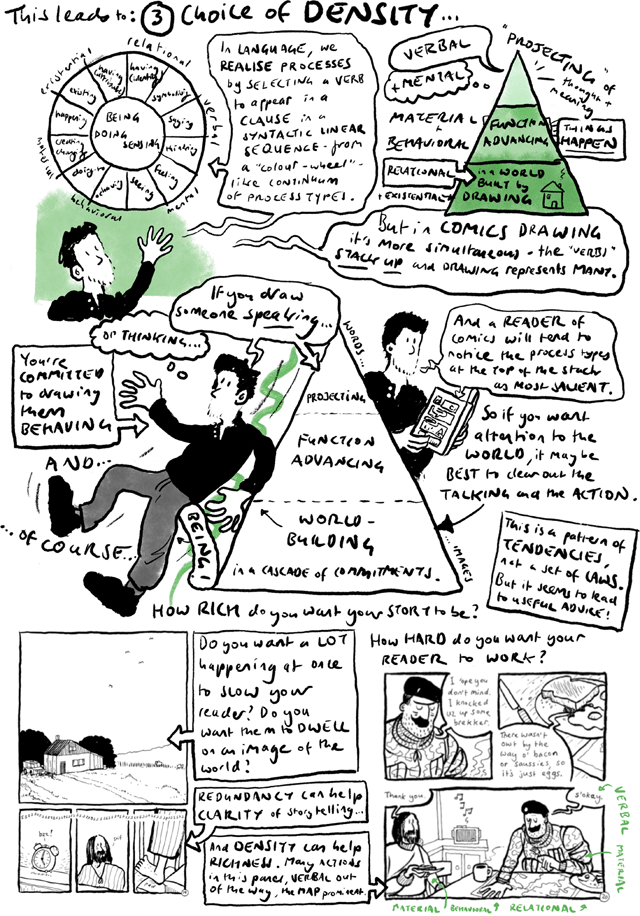 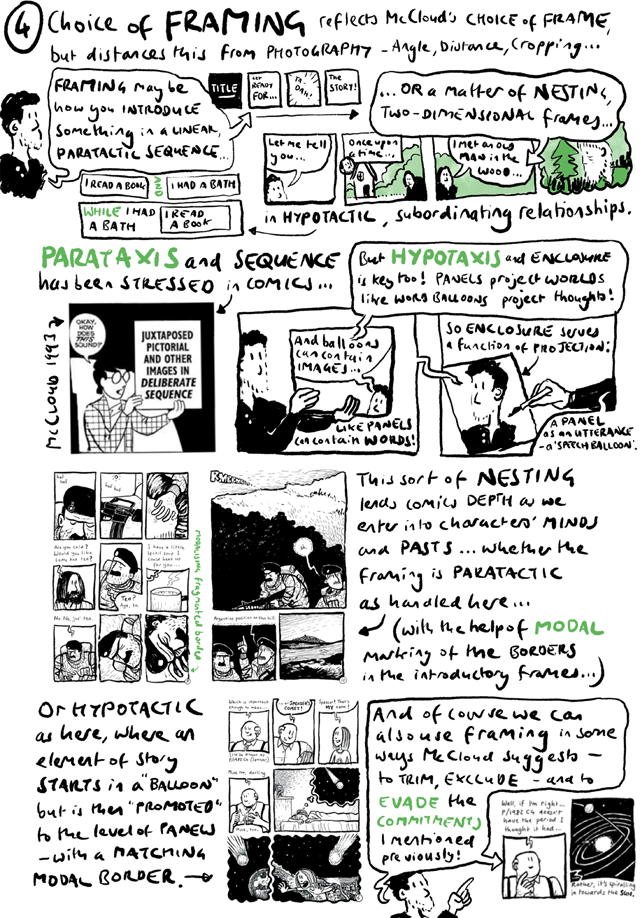 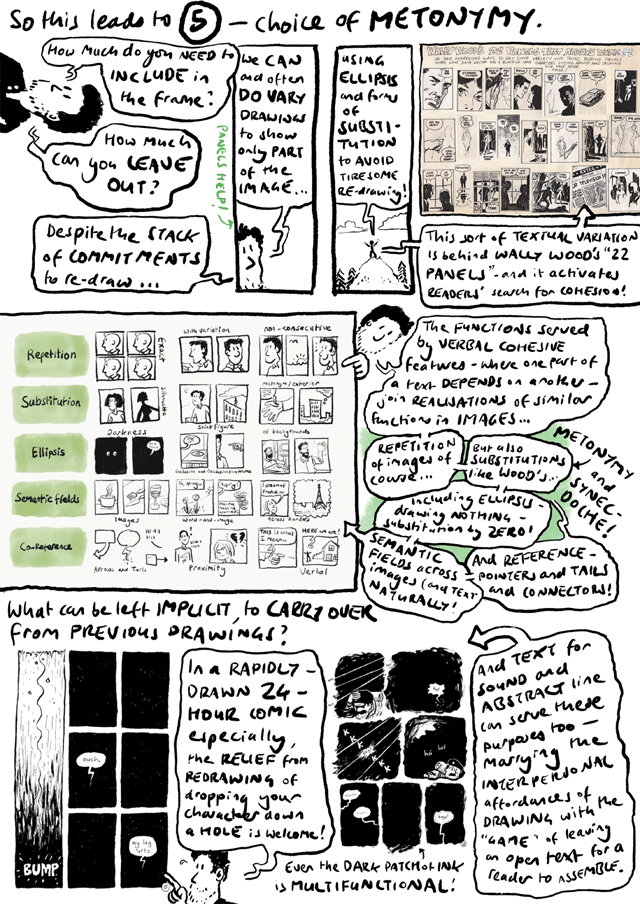 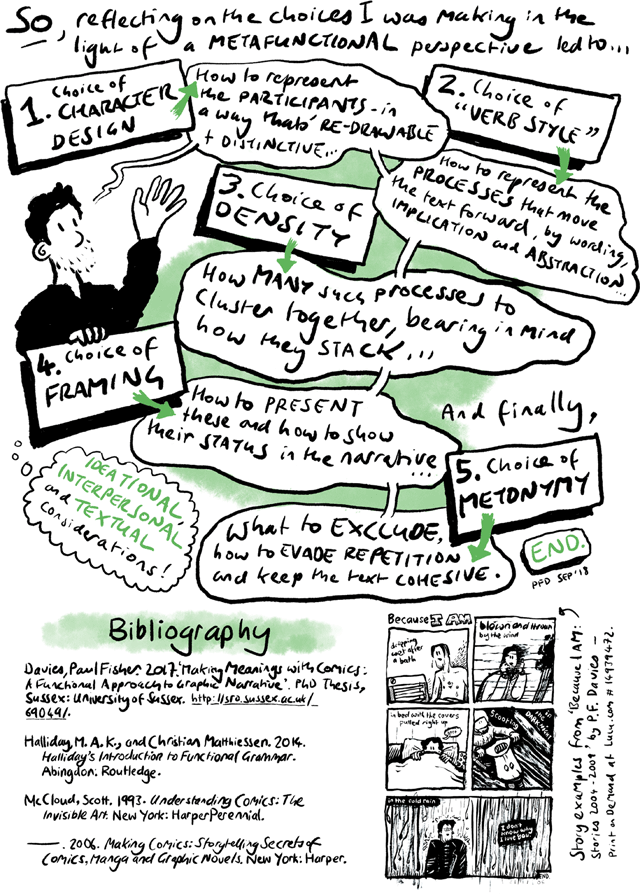