Comics scholarship has a problem with representation that could be addressed if it paid greater attention to whose voices are amplified and when. This commentary is a call to attend to diversity in our discipline and for an end to the all-white, all-male comics conference, without resorting to “tokenism” as the solution. 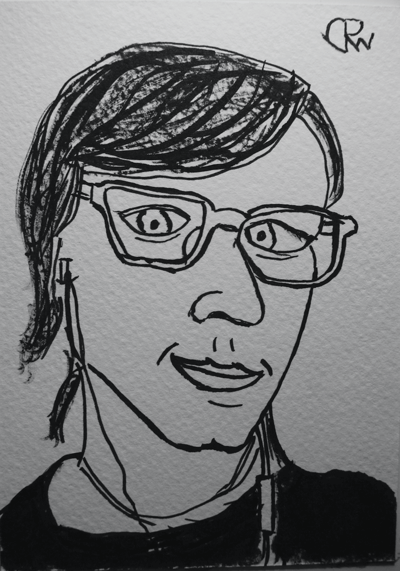 A few months ago, I was in the UK at a conference that got me thinking a lot about why diversity matters so much at academic conferences. At the conference I was at, I noticed a bit of a trend in the papers of older white male scholars looking to rescue the comics artists of past eras whose works have been decried for racist or sexist content. There seemed to be a real desire to change the narrative and to find a way — whatever intellectual gymnastics it might take — to reframe these artists as progressives, their motivations as complex, their subject positioning as nuanced. I didn’t find these arguments persuasive. I often tell students that it requires intellectual sophistication to hold two contradictory ideas in your head at once — Hergé wrote stories celebrating the underdog and drew and understood native populations through a racist, colonial eye — and not try to reconcile one against the other. To simply know both are true.

This kind of paper refuses to do that, instead demanding to have us as a discipline celebrate comics artists without dealing with their complicity in white supremacy. Indeed, these papers clearly emerge out of a backlash against race/gender readings of comics art and comics creators. And what upset me most was how little challenge these papers received from the crowd, perhaps because the crowd in comics scholarship is overwhelmingly white. And the questions that probe the problems in these papers are disproportionately asked by young scholars, especially women and people of colour, who are typically graduate students or very early-career academics — in other words, people with everything to lose by asking the wrong question of the wrong person. And it’s exhausting to always have to bring the challenge to the room.

Since I returned from that conference, a comics scholarship symposium was held in London that sounded really great. It was a survey of the visual in literature with quite an epic scope. The talk summaries excited me. And then I looked at the poster a little more carefully. Despite the significance of the event — huge names, major lecture series — there was no web presence for it that I could find, so it was not until some participants began live-tweeting the event that my suspicions based on the advertising — that this would be another comics conference with little or no attention to diversity — were confirmed. But it’s worth reflecting on what was foregrounded in that advertising: of the twelve speakers presented proudly by name on the poster, a mere two were women. From my knowledge of the people involved, only two were non-white. At least one was playing for both identity categories in this terrible game of tokenism (Barreto et al 2009; Nadkarni and Oon 2015).

The absurdity of the poster is that there appeared to be more scholars named Ian presenting at this symposium than there were women or people of colour. There was equal representation of marginalized groups and men named Tony. Now, I have great affection for the Ians and Tonys of comics scholarship — those I’ve met have been kind, generous scholars. But as a numbers game, at a certain point, it all starts to feel like a joke that is being played on you.

Comics scholarship generally, and British comics scholarship in particular, is a playground for white men. Great strides have been made — the conference I was at actually did achieve close to gender parity, and it was refreshing (but I also know that it was the concerted effort of the female conference organizer to make it so) — but what this symposium showed, and what countless conferences since have shown, is just how much work is left to be done.

I have, on more than one occasion, realized too late that I was the “token woman” on a comics project. Once, I was accidentally roped in on an email chain discussing a project I had recently agreed to where the contributors were discussing how they needed “a woman” and did anyone know any in the field? I was the first name that came up, and the only name discussed, and when I read that exchange I was devastated. I thought I had been tapped for my insights and expertise. I was actually just tapped to fulfill a quota. I was the token, and I have never forgotten it in any of my interactions with any of those scholars. It profoundly shapes how I speak, think, and feel in my own skin. And that’s not right, because the failing here is not mine, but that of my esteemed colleagues, for not being aware enough of the diversity of voices working in our discipline.

There is excellent work being done in comics scholarship by people of colour, women-identifying, and gender-nonconforming folks across the UK, throughout Europe, and around the world. It’s not hard to find accomplished people to draw upon and also to achieve some level of broader representation and diversity. So I looked at that symposium list and I knew for sure that, as it was an invited talk, this was all about the blind spots of the organizers. They didn’t know the full range of people working in the discipline, they didn’t think to prioritize their invitations to ensure a diversity of voices at the table, and they didn’t even realize people would comment on the white-ness and male-ness of the event. And this, this not knowing? This is the real rot in comics scholarship, and in the academy writ large (for more on the effects of white male dominance on Higher Education, see Lindsay and Justiz 2001).

If you just pick the biggest names or the most recent books you can think of, your events are always going to have the same systemic problems as the academy as a whole. And that way lies stagnancy. Because without the diversity of voices, we don’t get the challenges. And without the challenges, the discipline doesn’t move forward. If you claim to be interested in intellectual richness and the complex interplay of ideas at loggerheads, and everyone you invite looks the same, talks the same, and has the same name, you might just be missing the point somewhere.

This commentary gives the views of the author. It was first published, in a different form, at the author’s newsletter. You can subscribe to read more of these kinds of musings in their nascent form at http://tinyletter.com/brenna.