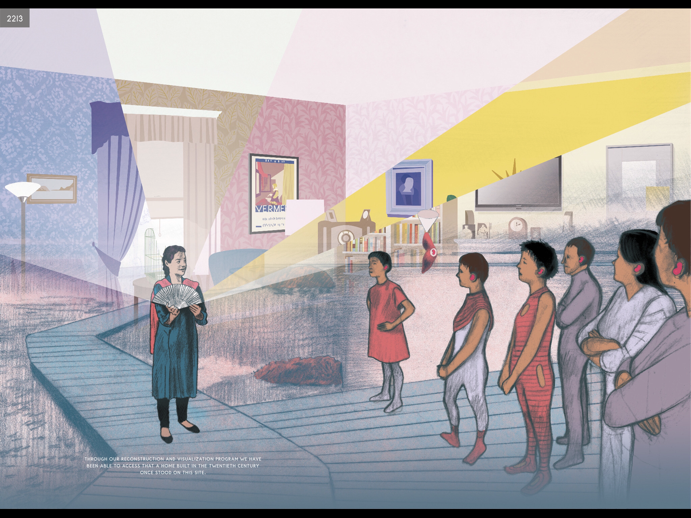 This special collection follows up on the transdisciplinary conference Poetics of the Algorithm held at the University of Liège (Belgium) in June 2016. Narrative today is undergoing a radical change in its ‘source code’ as new technologies are changing the way texts are produced, distributed, viewed and read. Even though comics have originally been resistant to a sweeping digital translation, weary of a technological utopianism that did not bode well for its own specificities, cartoonists have increasingly adapted to this new media ecology, using it to reinvent their approach to comics making.

A poetics of digital comics would aim at mapping out how comics respond to the deep technological change of the digital in complex ways, avoiding the pitfall of a new vs. old dichotomy and thus accounting for both its innovative forays into digital creation as well as its paradoxes, resistances, residues and returns.

By bringing Francophone voices into English, this collection, under the editorial direction of Benoît Crucifix, Björn-Olav Dozo, Aarnoud Rommens and Ernesto Priego for The Comics Grid: Journal of Comics Scholarship, seeks to encourage international scholarship spanning from the cutting-edge of a ‘French comics theory’ that, in recent years, has paid increasing attention to digital comics.

Peanuts minus Schulz: Distributed Labor as a Compositional Practice

A Historical Approach to Webcomics: Digital Authorship in the Early 2000s

The Question Concerning Comics as Technology: Gestell and Grid

On the Pleasure of Coding Interface Narratives

With, Against or Beyond Print? Digital Comics in Search of a Specific Status